Artists of Amsterdam acts as a stage for contemporary artists.

Dave Dekker, an actor and singer is such an Artist of Amsterdam. He gained national fame from an early age with his lead role in Ciske de Rat the musical.

On 2 January 2019 his music video clip - Echte Vriendschap - was released.

Please refer to our YouTube channel for a.o. his Cover series and performances at Red Carpet ("Rode Loper") Amsterdam editions. 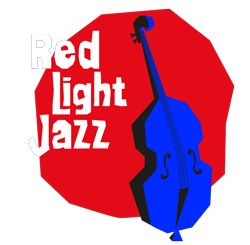 Red Light Jazz is an annual jazz festival in and around Amsterdam’s famous Red Light District.

Started in 2014, initiated by local entrepreneurs, as ENDYMION Amsterdam is with its office at - Beurs van Berlage Damrak - 1012 - Amsterdam -, Red Light Jazz highlights the rich tradition Amsterdam has as a true jazz city.

The festival also offers a stage to new talent. Illustrative is our Artists of Amsterdam: Dave Dekker on stage in 2019 in the ENDYMION Amsterdam Tower Studio: